Earlier this month, we teamed up with Danny Worsnop on Instagram for a giveaway. You may know Danny as the lead vocals and keys for the band, Asking Alexandria. Danny reached out to us to let us know that he had ordered some of our products and absolutely loved them. All of the little punk rockers in our hearts lost their minds. It was an honor to be complimented by someone we’ve all listened to and loved at some point in our lives. One of our staff, who has been to multiple Asking Alexandria concerts was quoted saying “F***kin sick,” and sick it was, indeed. Danny offered a 20% off promo code to his fans in addition to announcing he would be giving away one of our Easton Trucker Jackets to one lucky fan. Danny posted a photo on Instagram wearing the jacket with the caption:

"We’re giving away a killer new jacket to one of you this week, courtesy of @leatherandcotton, and all you have to do to win is feed my curiosity! As you know, I am all about improvement, growth and investing in yourself. So, all I want to know is what YOU have done to set yourself up for success this year. What moves have you made to facilitate growth and improvement!"

Well, a few days went by, pages of inspiring comments appeared, and a winner was chosen! The winner is Zac Edwards from Athens, Georgia. Zac’s winning comment reads: After reading this, I thought Zac seemed like a pretty interesting guy, so I decided to sit down with him to learn more. I went into the interview thinking I’d be talking to your typical business man with a little bit of philanthropy on the side. What I ended up getting was a guy that has fought his way to the top, knows what he’s passionate about, and is willing to do whatever it takes to improve the lives of others. As I learned more about his story, I felt inspired to serve my community the same way Zac aims to serve his. We began with the basics. Zac told me he was 26, living in Georgia, and of course a huge fan of Danny, Asking Alexandria, and our Easton Trucker jacket (I couldn’t help myself from inserting a shameless plug here). Zac said he never thought he would win because there were so many other inspiring comments being shared, but he was elated that Danny saw the potential in what he has done and his goals for the future. Danny definitely made the right call, because Zac is definitely going big places in life.

Zac owns and operates his own vape shop called Voodoo Vapes. He told me he’s been in “the vape industry [sic]” for 7 years. Before owning his own shop, he worked in various vape shops for about five and a half years until he began getting burnout. He was hoping to get a job where he could utilize his degree in counseling. When I asked Zac what kept him from working in counseling, he told me, “I quit my job at the vape shop, and I was going to use my counseling degree to work with teens and troubled kids, but no one would hire me due to tattoos.” Zac began to get discouraged and considered going back to his old job, when an investor came to him with the proposal of opening, running, and operating a vape store of his own. Pictured: Zac and a few of his awesome tats

Zac considers the opening of his shop as an important turning point. This opportunity was both the biggest hurdle and biggest motivator for reaching success and working toward the thing he is actually passionate about: combating bullying among children and teens. The first few months of business were really stressful for Zac. He told me that it was his first leap into adulthood. It wasn’t until operations were up and running smoothly, with a profit coming in, that Zac felt like he could relax again. Pictured: Zac relaxing with one of his puppy pals after a long day at work.

After 16 months of operation, Zac was able to pay his investor back in full. With the stress of getting off the ground behind him, Zac has shifted his focus to founding the anti-bullying non-profit.

Zac's non-profit will be called Exact Life. He plans to not only work with victims of bullying, but also the instigators to target the root cause of why a child may be bullying someone in their life. He also intends to include the parents of his clients to help them understand the emotions of their children and toxic microaggressions that may be present at home such as, "Be a man. Just ignore them. Grow up and move on." 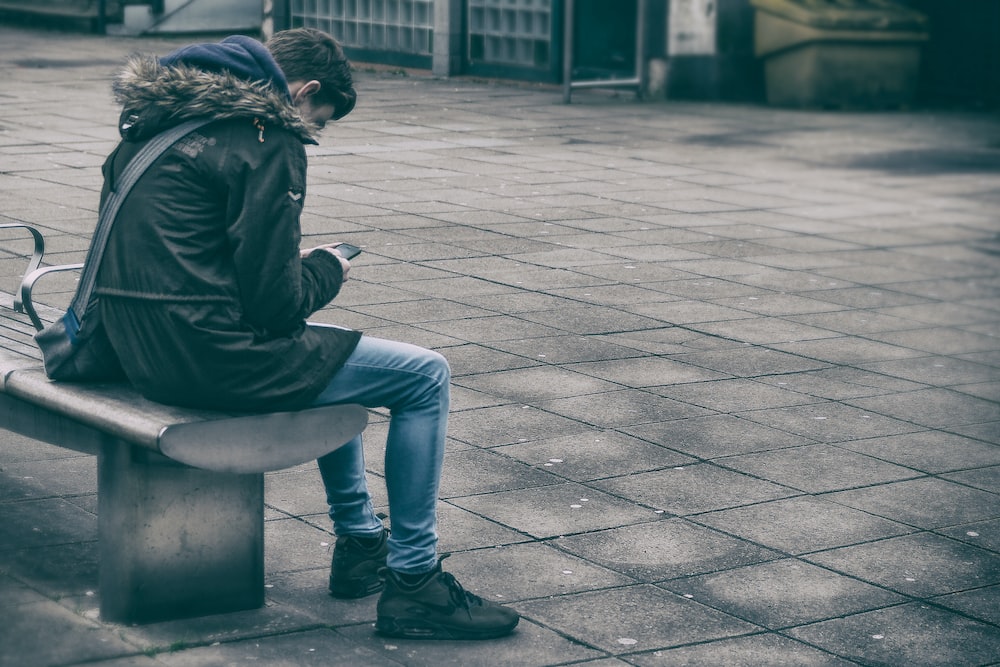 Zac would like to begin by partnering with local schools to help students understand the consequences of bullying and the effect it can have on the physical and mental well being of others.

“A lot of people have asked me if I'm doing it to work with kids who are alternative or emo or what have you, and the answer is simply no. I want to work with everyone. Everyone in a clique can be a victim...There are so many kids who get bullied and are afraid to speak to friends and family [about it].”

One of Zac's main goals is to let people know that it’s okay to talk about bullying and how important it is to build communities that will listen, help, and prevent bullying and harassment.

In addition to partnering with the school system, Zac intends to set up parent groups designed to educate and discuss how to best support their children in the midst of bullying, and accept that they may unintentionally contribute to the problem. If the community can truly listen to children, more children will be empowered to convey their feelings in a healthy manner and feel more confident in themselves, ultimately decreasing the presence of bullying.

Zac's ultimate goal is to have his own center for kids, teens, and families complete with a cafe for students to come and work, hangout with friends, or just relax safely without fear of being mocked, harassed, or abused by others. He’d like to have live music as often as possible because he believes music can be a calming and unifying source for many. Zac would also like to offer music lessons and tools for creating various types of art, so kids can find positive, creative outlets. 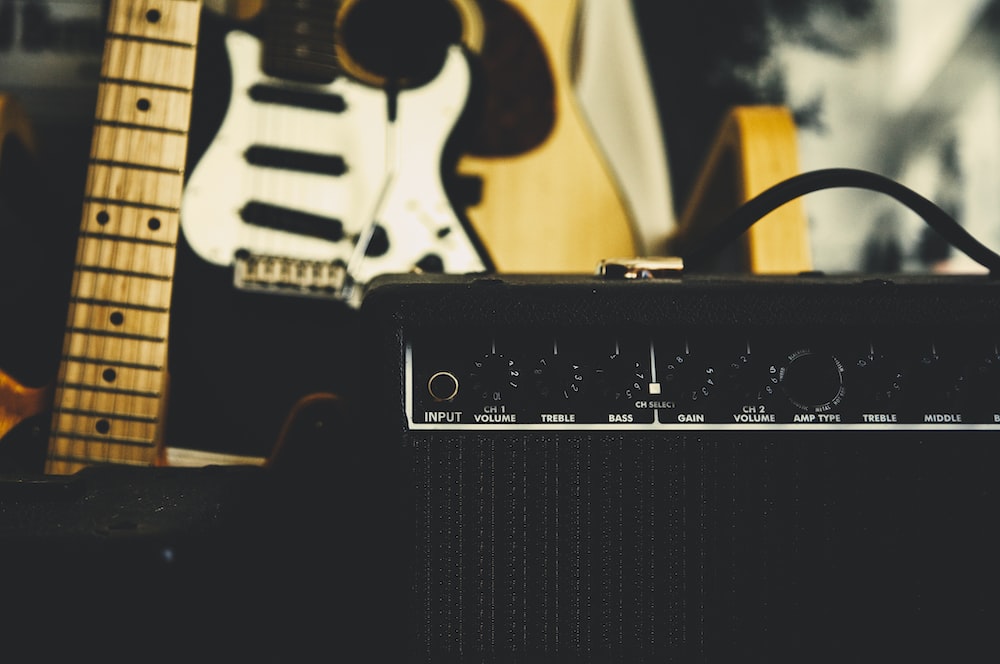 Zac says his passion for combating bullying stems from his personal experiences with being bullied in high school.

“(I) Wore skinny jeans and listened to punk rock and metal...I talked to my parents and they totally understood, but I didn't tell them everything until much later on in life because I was embarrassed for so many years."

Zack wants to provide the support and understanding his parents showed him for other kids. “It’s Ironic...,” he says, while thinking back on his days of being picked on in high school, “...because it went from such a difficult point in life thinking that nothing would get better, to finally realizing that the kids saying the crap to me were probably getting some form of abuse from their friends or family.” Pictured: Zac's high school days circa 2009 (Thanks for digging this up for me Zac!)

By his senior year, he realized he did not deserve the harassment, judgement, and shame that he had spent three years receiving from other students and even some teachers. Once he began standing up for himself, he gained more confidence and the bullying started to decline. At times, he would get a little over zealous in defending himself that he ended up being asked to step out of class and even received an in-school suspension. While he doesn’t condone this behavior, he said that this was the turning point for him.

Zac's parents played a huge part in his success and ability to bounce back from the harassment he faced in high school. Much like Zac, his parents both have a heart for helping the community. His father served with the Atlanta Fire Department for 42 years, just recently retiring and taking on the role of a fire and rescue trainer. Zac’s mother works in finance for the Atlanta Down Syndrome Association and holds a seat on the board.

As Zac reminisces about his childhood, he recalls how much respect and admiration he had for his father. Zac considered his dad as a real life Super Man. Zac's dad would run into burning buildings, risk his life, and go the extra mile to make sure the members of his community were safe. As a kid, Zac wanted to do the same. Zac tried going down the Fire and Rescue route, but his skill for helping lies more in his ability to sympathize with the feelings of others. Where his father’s service was through saving people physically, Zac has made it his goal to save people mentally.

Zac hopes to have Exact Life running in just over a year, and he can’t wait to make headway in fighting bullying. In the meantime, he continues to hustle at his shop, while enjoying the occasional drink and hour playing video games such as Red Dead Redemption 2. Zac wants to thank his beautiful girlfriend and two loyal and hardworking employees for the support and motivation they’ve given him through this entire journey. (Probably my two favorite pictures of Zac in his natural habitat

I’d like to send a big thank you to Zac for sharing his time and story with me. As for the rest of you, I’ll see you in the concrete jungle.