This blog came about the same way as my post about Labor Day: from the curiosity of my co-workers. Except, this time, I had to do some research because this is a fairly new holiday. Well, the day hasn’t changed, the history hasn’t changed, but who we’re celebrating is very different.

In the past, this holiday was known as Columbus Day, a day designed for us to celebrate Christopher Columbus, the dude that “discovered” the Americas. You remember the poem right? "In 1492, Columbus sailed the ocean blue,” and then murdered and manipulated and stole from a bunch of people. Turns out Columbus wasn’t a great guy and we have celebrated him every year since 1937.

(If you were living during the Great Depression AND Amelia Earhart had just gone missing, you’d be willing to celebrate anything right?) 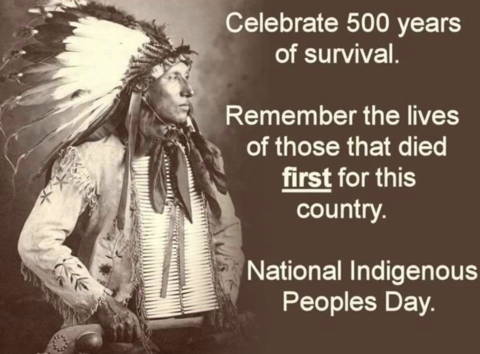 In the early 90’s, Americans began to comprehend the fact that we were literally celebrating a delusional murderer, so some cities began celebrating Indigenous Peoples Day, (or Native American Day as it’s known in some places). Around 2010, the holiday began to pick up traction and is now observed by almost every state in addition to Columbus Day. As of this year, five states (Alaska, California, Hawaii, Oregon, and South Dakota) solely celebrate Indigenous Peoples Day. So, now we know what places celebrate this holiday, but what exactly is it?

Indigenous Peoples Day celebrates the pre-Columbian Americans and their descendants. This is a day to celebrate the true founders of our beautiful country: the many tribes and groups of people who have faced endless racism, hatred, and displacement. 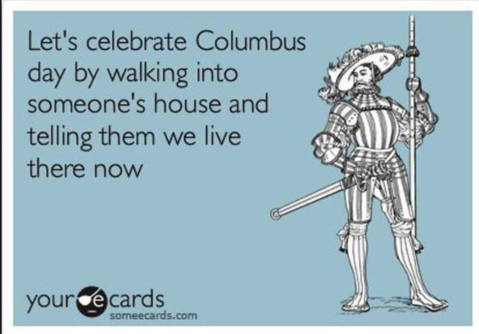 This is a day to celebrate the true founders of our beautiful country. 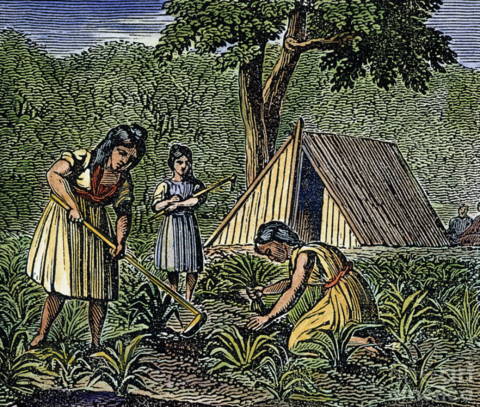 I must admit, when it came to the achievements and contributions of Indigenous People to America, I knew very little (Thanks to common core education!), but what I’ve learned has come to amaze me. There are 56 known languages among Indigenous Peoples in North America. Indigenous People had a significant agricultural impact. They domesticated, bred and cultivated a large array of plant species, which now constitute 50–60% of all crops in cultivation worldwide. Genetic testing of the wide variety of plants suggests that the potato has a single origin in the area of southern Peru. Over 99% of all modern cultivated potatoes worldwide are descendants of a subspecies indigenous to North and South America.

Native Americans began farming approximately 4,000 years ago, and they used fire to intentionally burn their vegetation so that crops would grow bigger and healthier. They also domesticated cows, sheep, goats, pigs, horses, and dogs.

The amazing contributions made by Indigenous people doesn’t end with pre-colonial history. Many tribes in North and South America used syringes, baby bottles, and disease curing medications before these things were “officially” invented.

After many Native Americans were displaced during European settlement, the Trail of Tears, American Expansion, and removal and reeducation programs left tribes shattered. Thankfully, significant achievements have been made in the late 20th century and 21st century by Indigenous People speaking out and fighting for recognition. In the U.S. alone, 560 tribes are now recognized nationally. Textbooks have begun to teach the history of the Indigenous Peoples and the media is shifting to represent indigenous characters in a positive manner. 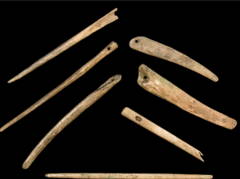 A big focus of the holiday lies in acknowledging that there is a very violent side of American colonization and expansion, and to honor the nearly 10 million people that lived here before the arrival of Europeans. The most important part of this holiday though, is to recognize that the Native American people and tribes that we are celebrating are not just distant history. We need to stop thinking of Native Americans as people who lived in the past, and celebrate the many individuals who continue to practice and honor their cultures today. 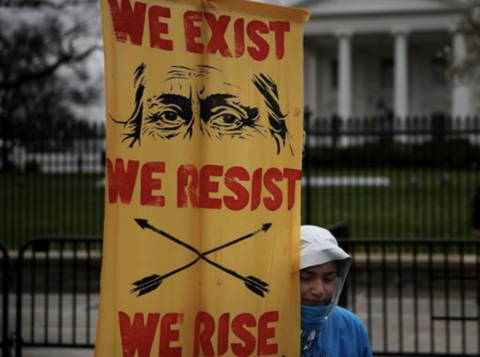