Labor Day: the unofficial last day of summer, and the last day to wear those white pants you should have never bought. For a lot of us, Labor Day is a nice long weekend where we can spend time with family and friends, eating BBQ and corn on the cob, but what is the point of Labor Day? Where did this extra day off even come from? A few of my fellow L&Cers weren't so sure what it was all about, so I thought I'd dive into some history, and find out for all of us! 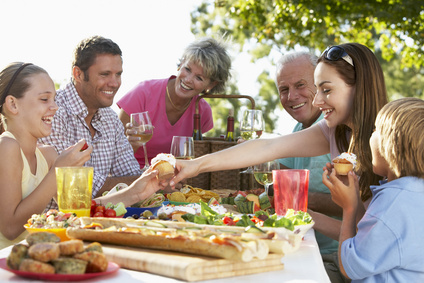 
This footloose and fancy free holiday actually originated from a long history of labor struggle. It's a day to celebrate American workers and unionizing. In school, you may have learned about the Industrial Revolution when we went from being an agriculture based economy to a goods and service based economy. This led to an influx in urbanization with the introduction of factories, large buildings, and power plants. No one was really sure how the workers should be treated or whether or not children should be allowed to work with large machinery.

(And of course, before this, you know, the first 100 years of American history, if there was one thing wealthy land/business owners knew, was how to treat their workers with comfortable conditions and livable pay 😑)

So the big guys in charge of the factories thought, "Hmm... How can we swing this so that we make the most money? I know! Let's work our employees to exhaustion and pay them 10 cents an hour. (~ $3.00 today) Yay capitalism!"

Seize the memes of production(source)

So the workers were tired, starving, and dying, while their bosses got richer. They were FED UP. The workers decided to establish unions where they banded together to fight treatment and unfairness in the workplace. The bosses, so surprisingly, did not like the thought of making less money, so they began firing employees who were unionizing. In response, the workers went on strike.

At Pullman Palace Car Company, the workers and union went on strike, and the U.S. Government was sent in to break up the strike. If we've learned anything from history, it's that sending military troops into a protest never ends badly.🙄

So of course, riots broke out, and it was a big mess that led to the deaths of dozens of union workers. After all this happened, Congress created legislation that set a standard for how workers should be treated and compensated (i.e minimum wage), but first they wanted to create a new holiday to memorialize the fight of the American workers, and that holiday's name? Labor Day.

So, this Labor Day, while you chow on your corn and throw bean bags at plywood, think of those that work labor intensive jobs. Take some time to appreciate contractors, roofers, janitors, factory workers, even restaurant servers. Show gratitude to anyone that works hard to provide you with a product that makes life easier.

Then, most importantly, throw away those ugly white pants.